After looking at Web Applications On The iPod Touch, I thought I'd share some of the patterns used in designing an application for a 320 pixel x 240 pixel Windows CE 5 device.  These same design patterns and apply to designing for the iPod Touch and the iPhone as well.

The main goal was to replace the need for the mobile stylus (which was constantly getting lost, even though it was tied to the device) with a layout that worked well with just using fingers and touching the screen. In order to establish a proper size for the layout, I needed to determine what is the smallest acceptable size that worked well.  I used my thumbs for these tests, figuring if I could hit the target size icons correctly with my thumbs, even users with large fingers would be able to use the device well. 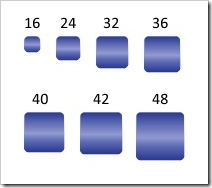 After several experiments, I came to a list of acceptable sizes.  The smaller sizes work well only if there is a significant amount of spacing or gutter area around the icon.

There are two basic column layouts that seemed to fit the available space. 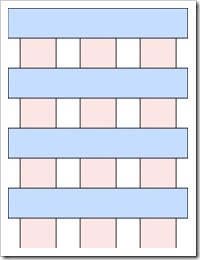 The lower portion of the CE device display area is occupied by the status and "start" bar as well as the "keyboard" toggle icon.  This leaves a usable area for design of 240 pixels wide by 284 pixels tall for the application. The iPod Touch and iPhone have a larger vertical usable area at the same viewport setting. Primarily because there is no status area on the Apple device.

After putting a header row of icons for quick access and a row of scrolling icons on the footer, that leaves room for about six icons. 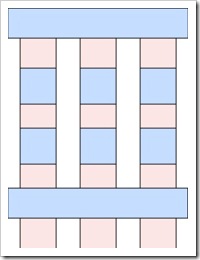 The space on the windows CE device doesn't work into an even multiple of a grid and the remaining space can be utilized for date/time and breadcrumb information.  The layout with six icons and the breadcrumb areas looks like figure 5. 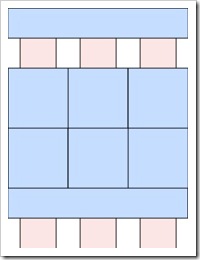 Figure 6 shown below is similar to the header row and figure 2 with the 4 column grid and rows or bars combined with icons and text. 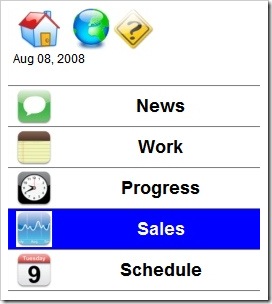 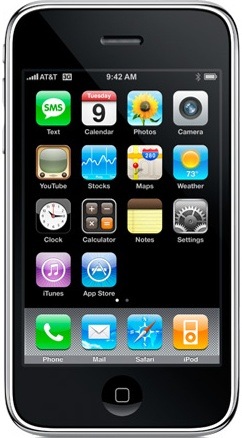 From a contrast / usability perspective, I much prefer the iPod Touch and iPhone over the Windows CE device.  Primarily because the iPod Touch / iPhone support scrolling and zooming and the CE 5 device does not.